Holding a Resort Responsible for an Accident 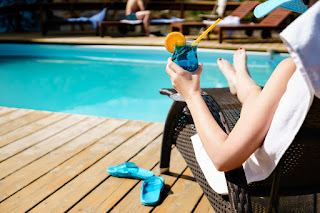 Florida is home to many resorts, water parks, amusement parks, recreational areas on water and land, and other tourist attractions. These offer fantastic destination getaways for the whole family. They can, however, be dangerous. Slip and fall accidents may occur as the result of hazardous conditions at a resort. When this happens, the resort can be held legally responsible for failing to keep its premises reasonably safe for the visitors who have been invited onto the property. If you have sustained an injury at a Florida resort, contact the experienced Clearwater personal injury attorneys at the Dolman Law Group as soon as possible to learn about your legal rights to compensation.


Like all business owners, resort owners have a duty to inspect their premises and make them safe for the patrons who have been invited to the property. This legal duty of care arises from both case law and Florida legislation. For example, Section 768.0755 of the Florida Statutes addresses instances when a patron slips and falls on a foreign substance in a business establishment. In order to sustain a claim, the injured victim must prove (1) that the business did know or should have known about the substance, and (2) that the business had a responsibility to take action to remedy it. A failure to do so can result in premises liability. This is a legal finding of negligence that makes the business owner legally obligated to compensate the injury victim for the losses caused by the business owner’s negligence.

Premises liability is not limited to slip and fall accidents. All dangerous conditions on a property can lead to a finding of negligence. For example, a poorly-lit parking lot may result in unnecessary collisions, injuring both drivers and pedestrians. An old roof may collapse and harm guests below. Areas under construction may not have adequate signage or other safety measures to keep visitors out of the dangerous areas. A pool may not have a lifeguard, gates, or other safety measures to protect children. Any dangerous conditions on a resort property can injure patrons and lead to premises liability for the resort's owners.


Resort accidents have very real and devastating effects on Florida residents. The Orlando Sentinel reports on the case of a woman who was injured on the Pirates of the Caribbean ride at Walt Disney World in Orlando. The woman reportedly slipped on water at the bottom of a boat as she attempted to board it. Because of this accident, she was diagnosed with complex regional pain syndrome and had three nerve block injections in an attempt to manage her pain. She also had surgery to insert a spinal cord stimulator. Her attorney estimated that her future medical expenses related to the accident would fall between $318,000 and $467,000.

Similar accident happen at resorts in other states as well. In Iowa, an injury victim was awarded nearly $5 million as the result of a slip and fall injury at a Marriott hotel. The Quad-City Times reports that the woman slipped on an icy sidewalk in front of the hotel. Her ankle was "shattered" when she fell, requiring two surgeries. In 2014, a jury awarded the woman $1.2 million for her losses. This included lost future earning potential because the woman had to change jobs and take a pay cut as a result of the fact that she could no longer travel for work. Marriott appealed the decision, and the Iowa Supreme Court determined that the trial court had issued incorrect jury instructions and sent the case back for a new trial. A new jury awarded the woman just under $5 million. Her attorney attributed the higher award to her permanent injuries, which had become worse since the first trial. She now has arthritis in her ankle and requires a cane to walk.

Sadly, not all resort injury victims survive their injuries. A pregnant woman was killed at a Fort Lauderdale resort after a “freak accident” resulted in a car crashing into her pool cabana. According to the Huffington Post, the woman and her husband were in the cabana when a drunk driver slammed into the structure, causing it to collapse. The collapse killed the woman and injured her husband. The driver's blood alcohol level was three times the legal limit. After the accident, the husband sued the drunk driver for wrongful death. He also sued the resort for premises liability, alleging that the cabanas were placed too close to the curvy road on which the drunk driver had been traveling. A jury found that the hotel was partially at fault for causing the woman's death. However, when the hotel appealed the verdict, the appellate court agreed that the hotel was not liable. Because there had been no previous accidents, the hotel had no notice of the dangerous condition, and as a result, did not have a duty to correct the dangerous condition. The appellate court's decision left the bereaved husband with no compensation from the resort for his wife's death.

There are many theories of liability under which a resort can be held accountable for premises liability. An experienced personal injury attorney can help explore all possible theories of liability and sources of compensation that are available to accident victims for injuries sustained at a resort.


It is important for accident victims to hold defendants responsible for their negligence in order to prevent other innocent victims from getting hurt. For decades, the Dolman Law Group has held negligent resort owners accountable for exposing their patrons to dangerous conditions. We help accident victims recover just compensation for their injuries from the parties at fault. You can call our office today at (727) 451-6900 to set up a free consultation with an experienced Clearwater personal injury attorney.

Posted by Matthew Dolman at 8:13 PM