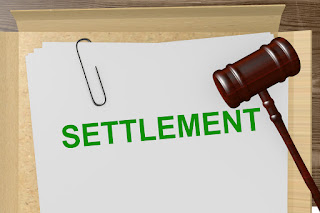 What is a Personal Injury Settlement Mill?
A personal injury settlement mill is a high volume law practice that attempts to mass produce the settlement of injury claims while utilizing aggressive advertising campaigns in an effort to obtain clients. Settlement mills litigate a disproportionate amount of their cases and take very few cases to trial. Such firms can be routinely found advertising on television during both daytime and late night. There are exceptions to the rule and not every firm that aggressively advertises is a mill. However, a majority of such firms are mills characterized by minimal interaction between the attorneys and their clients. When hiring a personal injury lawyer, be sure that they are not a mass advertising firm that claims to be the biggest law firm or has more attorneys than their competitors. This is usually a recipe for disaster.
Law Professor Nora Engstrom published a fascinating article in the May 2010 issue of the Stanford​ Law Review, entitled “Run of the Mill Justice.” Engstrom interviews numerous attorneys and staff members at law firms throughout the country that fit the description of being a settlement mill. She points out that advertising is the lifeblood of a settlement mill [1]. In fact, such law firms can afford to employ a mill mentality as they do not rely on former or current clients for referrals of new cases. Rather, these law firms are aware that no matter how their clients feel about the work performed on their behalf, more car accident injury cases will come in from the massive amounts of advertising they pay for.


If you need a personal injury attorney who will work to make sure you get the maximum compensation you deserve, contact the ​Dolman Law Group​. We do not settle easily with the insurance companies, nor do we take on more clients than we can handle. When you allow us to work for you, you will speak directly with your attorney. Likewise, if you are unhappy with an attorney who you believe to fit the parameters of a settlement mill, contact us. We will help you to get on the track towards compensation for the damages your injuries have caused.
Dolman Law Group also focuses on Zantac cancer claims and claims of cancer from AFFF fire fighting foam.  For more information about the Zantac cancer lawsuit; call us today. Finally, we are presently investigating claims related to the Paraquat lawsuit.